This year Bell Helicopter is displaying Bell 407GX, well known to Russian VIP and private customers, and Bell 429 VVIP Mecaer MAGnificent Interior mock up at Jet Expo. Sergey Filatov, Bell Helicopter’s Regional Director, is sure these models – as well as the new Bell 505 – will find their way to success on the Russian market despite the clouds. 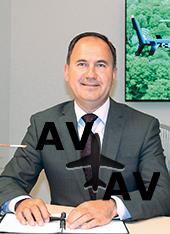 — What are the major changes since the last year’s show for Bell in Russia?

— In May 2015 we launched the Bell 505 Jet Ranger X sales in Russia, unveiling the mockup for the first time at HeliRussia. Approximately 350 letters of intent received so far, of which about 10 are in Russia/CIS. We also launched the Bell 429 VVIP Mecaer MAGnificent Interior, and first helicopter with such interior will be delivered to a Russian customer before year-end.